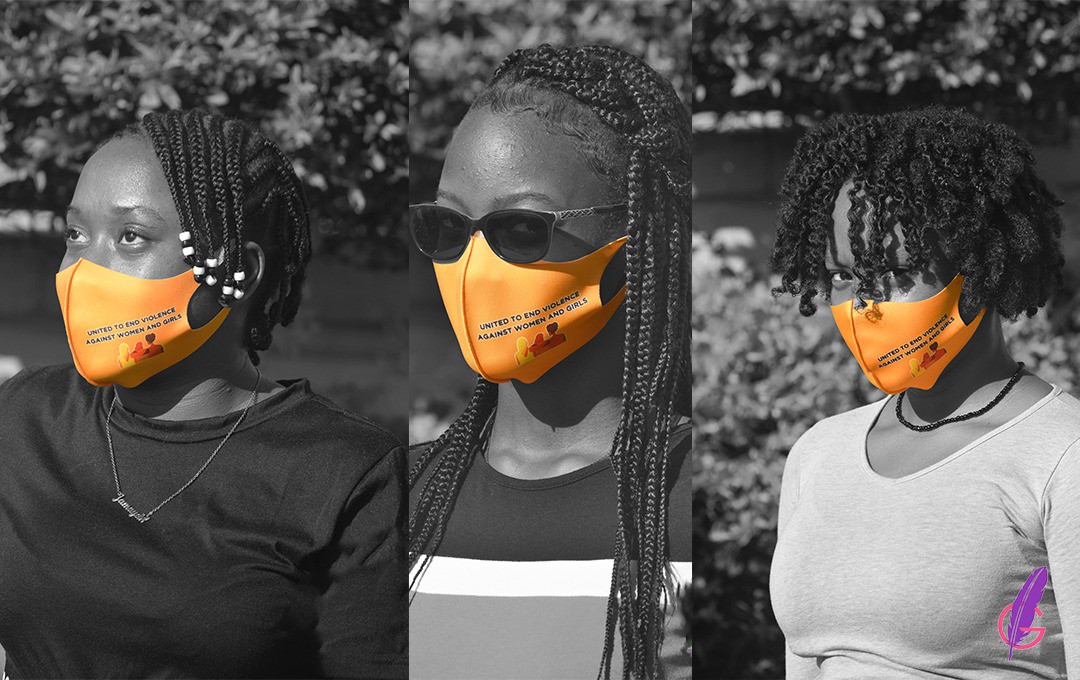 Gender-based Violence (?GBV?) is one of the most prevalent and serious violations of human rights, and unfortunately, is on the rise in St. Lucia and the Caribbean region generally.

Despite its prevalence and devastating consequences, incidences of GBV are often shrouded in a culture of silence and shame which perpetuates its occurrence.

One brave young woman who is a survivor of GBV right here in our small nation has broken the silence and shared her story. Due to the sensitive nature of GBV and to protect her privacy, her name and other identifiable characteristics remain confidential. Her story, however, reveals some of the challenges involved in how we view, and respond to GBV.

It includes sexual, physical, emotional/mental and economic (e.g., denial of resources) harm, as well as threats of violence, coercion, deprivation of liberty and manipulation. It may be inflicted in public or in private by a family member or friend, a member of the victim?s community, or a stranger.

Our interviewee?s encounter with GBV took place when she was still just a Secondary School student. It took place in a classroom on her high school compound and the perpetrators were her classmates and included a female student.

How did it begin? Our interviewee, usually quiet and shy, was sitting in her classroom having a normal conversation with a girl in her class. It was the first time the girl had approached her in a friendly manner. The girl said: ?Come, I have a vybe to show you.? She kept repeating those words until our interviewee gave in and followed her. They entered the information technology lab and the girl sat in front of a computer and told her she wanted to show her the card game she was playing. Our interviewee shook her head and replied: ?Just so?? and the girl, laughing, said ?Yes?.

As our interviewee was leaving the lab, a muscular boy from her class appeared at the door. He asked her where she was going. Then he told her to stay where she was. She told him she wanted to go back to her classroom, but he wouldn?t listen. She tried to push past him, but he pushed her back with full force. Deciding it was best to stay calm, she sat quietly in a far corner of the room, thinking of ways to get out.

Right then, he and another male classmate approached her; one sat to her left and the other stood behind her. The one to her left started touching her thigh. She removed his hands; but he put them back and he kept touching her. Then suddenly, the one behind grabbed both her hands and held them up. She tried to free herself from his grip, but he was too strong. He kept saying, ?stay still.? She begged them to stop.

The one behind her tried to get her to stand, but she resisted. He then held her very tightly by the neck, choking her. That?s when she stood up and tried reaching for the door again, but to no avail. He pushed her face into his lap, and her butt was now facing his friend. She heard a click and tried to turn her head to see what it was. She saw that the friend had unbuckled his pants.

Right there in the classroom, he removed her underwear and then went for his own pants. She kept telling him to behave but he would not listen. So, she bit the one who had been holding her down; a bite that would leave a mark by which he would always remember her. He said: ?Just so you bite me.?

?Just so?, as if nothing had happened…

All the while, the girl who had lured her to the classroom sat there and watched the entire incident unfold. She said nothing. Our interviewee couldn?t help but wonder: ?Is she not a girl herself.?

Just then, our interviewee heard the classroom door open. It was the principal. The boy holding her immediately pushed her to the floor. She quickly picked herself up, pulled up her underwear, and ran out of the classroom towards the bathroom. There, she sat on the toilet crying, feeling awful over what had happened to her. She tried to think of ways she could tell her mother, but not a single good one came to mind.

Images used are solely for our 16 days of activism photo campaign. None of the girls photographed above are associated with this story.

In the following days she tried to ?just let it go? and avoid the boys who had assaulted her. But it didn?t work. They came back to pester her two weeks later. That?s when she decided ?enough is enough? and she found the strength to report the incident to the principal.

Our interviewee?s story is unfortunately not uncommon. It is estimated that one in three women will experience sexual or physical violence in their lifetime. That reality is startling.

One astonishing aspect of our interviewee?s story is how blatant the incident was, taking place openly in a classroom during school.

This reveals a cultural and societal attitude towards GBV, which suggests that it is normalized. It is not treated with the revulsion which it ought. This is reiterated by the fact that a female student condoned and even participated in the incident by her own silence and inaction. It underscores the urgent need to incite a systemic socio-cultural and behavioural shift in our norms that rejects GBV and instead, normalizes gender equality and respect for women and girls.

The fact is that gender-based violence is a serious violation of a person?s fundamental human rights, as it undermines a person?s right to life, health, security, physical and mental integrity, equality, non-discrimination, dignity, liberty, and autonomy. It is deeply rooted in gender inequality, the abuse of power and harmful norms.

The consequences of gender-based violence are devastating and can have life-long repercussions for survivors or even lead to death. It affects the sexual, physical and psychological health of survivors. It can lead to unwanted pregnancies, abortions, STI?s, trauma and other mental health issues. Survivors often suffer even further because of the stigma often associated with GBV as well as the fear generated by the impunity often enjoyed by perpetrators. Studies have also shown that children growing up with violence are more likely to become survivors or perpetrators of violence themselves in the future. Therefore, it affects families and the wider community, not just the individual.

Our interviewee?s story ends positively in the circumstances. Whilst she may never forget her encounter with GBV and the agony it caused her; she has managed to overcome it. These are her thoughts upon reflection:

?My story is about how I fought my way through an attempted rape. I was an innocent teenager with no troubles until this one day changed everything. But it taught me as well. I fought back. No matter what they tried to do, I fought them. Just because I am female, doesn?t mean that I am weak. Not all females are.?

The principal in our interviewee?s story took the matter seriously and she says assisted her to find a way to ensure that the perpetrators were held accountable for what they had done. She also received counselling from both the pastor of her church and a counsellor paid for by the school. This is a step in the right direction.

As a country, we need to establish and enforce a zero-tolerance policy for gender-based violence nationally. This will necessarily involve serious and sustained efforts at raising public awareness about the causes and consequences of GBV and interventions aimed at countering the social and behavioural norms that underpin such violence, in particular encouraging positive masculinities. It means paying greater attention to those who are most vulnerable, specifically those facing intersecting inequalities such as poverty, persons with disabilities, persons who identify as LGBTQ + or non-binary and other marginalized groups.

Our response to incidences of GBV must be informed by a survivor centered approach that prioritizes the best interest of the survivor and employs considerations of safety, confidentiality, respect, and non-discrimination. It means ensuring that all survivors of GBV have adequate and timely access to quality essential services that meet their needs.

There also needs to be an emphasis on data collection and fundraising, without which, a systemic shift will be difficult to attain. It is a national effort that requires public-private partnership. Thus, Girls of A Feather welcomes the Department of Gender?s upcoming GBV Referral Pathway for improving and making more effective our responses to GBV incidences and other programmes and policies against GBV.

Nevertheless, every individual has a role to play in ending GBV. It is incumbent on each of us to reject inequality, abuse of power, harmful social norms of violence and intolerance, and advocate for and take action to ensure safer communities for all persons.